The Victorious Athlete - an ongoing story 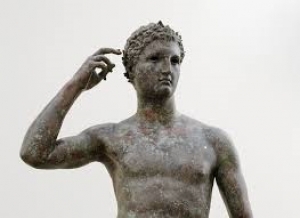 An Italian judge ruled on June 1st  that a fourth-century BC Greek statue known as Lysippus after its creator or the Victorious Athlete must be seized wherever in the world it is, rejecting a Malibu Getty Museum appeal. The statue, fished out of the sea off Pesaro in 1964, was bought by the Californian museum for around four million dollars in 1977 from German art dealer Herman Heinz Herzer. Friday's was the third verdict of the same kind by the Pesaro judiciary.