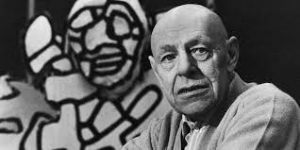 Geoffrey S. Berman, the United States Attorney for the Southern District of New York, announced today that the United States filed a civil lawsuit to resolve potential claims to “Site avec 5 personnages” (the “Painting”), an acrylic work on canvas by renowned 20th century-artist Jean Dubuffet (1901-1985) that was last known to be the personal property of Michel Cohen (“Cohen”), a former art dealer who has been under indictment for wire and mail fraud since 2003.